Better healthcare for everyone

In 2017 a start was made with the construction of a motor ambulance.
Because many people live in hindsight, an ordinary ambulance can not reach all places. Stichting OKE has therefore taken the initiative to build a motor ambulance.
Read more below.

In 2014 a basic training Community Health Worker (CHW) was organized.
Because CHW members live in the community, problems can be identified and passed on to the doctors and clinics.
Read more below.

In 2017 the construction of a motor trailer for patient transport started. This one is baptized “Piki Pona” (piki = motorcycle, pona = you are saved).
This trailer is a proto-type. There is now at least 1 motor Piki Pona that can be called. In the future, hopefully more Piki Pona’s will be available if the community starts to copy the prototype.
The Piki Pona is intended to be used for patient transport. Because it is a motorcycle bike, it can come to places where the normal ambulance can not come.
It is also cheaper to let the Piki Pona come instead of the normal ambulance.

A place has been built where Piki Pona has been developed and can be stored and maintained in the future. There is electricity and the battery of the Pona is charged via a solar system.
The Piki Pona has a closed container so that the patient does not suffer from splashing mud or stones. In the box is a removable stretcher with a mattress that is covered with a waterproof plastic cover which is easy to clean. There is also a canopy covering, so that the patient has some privacy.
The bin is white inside and black outside. The cover of the canopy is red with a white cross on it, so that it is clear that it concerns patient transport.
Through the window of the canopy the co-driver can keep an eye on the patient on the way and at the back a flap can be raised for fresh air.
The Pona has a suspension and can be connected to and disconnected from the Piki Pona via ball and holder (like a caravan). The suspension and the clutch come from the Netherlands. Everything else was made by the local population in Kenya.

We are confident that the Piki Pona will contribute to a reduction in mortality of mothers and babies and will help many patients living too far away from an accessible road to reach the clinic on time.

The construction of the trailer is sponsored by the Rotary Clubs of Gorssel and Overbetuwe. 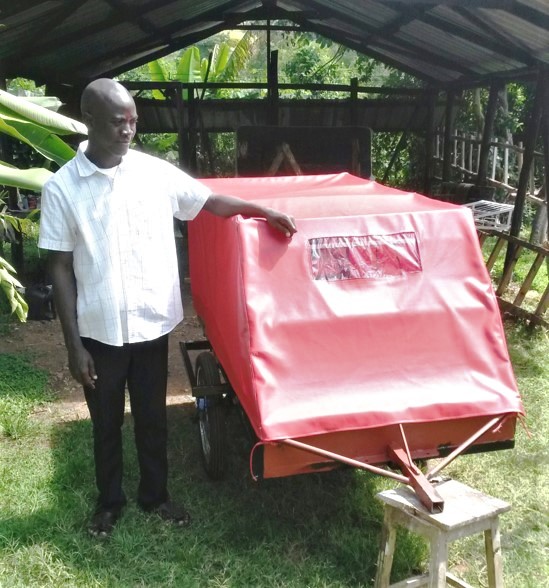 In 2014 a Community Health Worker course was completed in Kenya. This course is funded by the Eshofmarkt from Elst (Gld).

A group of more than 20 people followed a short basic course CHW.
A CHW employee acts as an intermediary between the population and the doctors of the clinics.
They have learned, for example, to recognize complications during a pregnancy so that they can refer to a hospital in time. In this way, infant mortality during pregnancy and delivery can be prevented. They also pay attention to good and healthy food for pregnant women and for mother and child.
CHW-ers provide information about basic hygiene. As a result, several new latrines have been built in Sondu.

The course was free for the participants, on condition that they continue to use their services as volunteers for the local population. 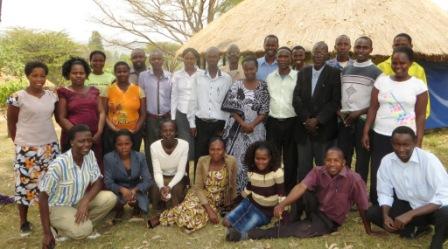